Athletes celebrating their birthdays during the Summer Olympic Games 2020 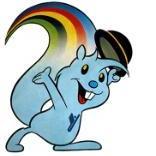