So the joint NL with Conmebol was already discarded?


meh let him be jerk at will, he plays for Aston Villa this is the only time he gets to celebrate things.

Plus I actually think there’s a love story behind this, only explanation for such obsession with Mbappe hehe

It's cuz he said south american teams couldn't win WC last few times because they don't play "high level matches". That quote got a lot buzz and backlash here so probably the players were waiting to have their "comeback".

Also, there were rumors that Mbappe wanted all the south americans out of PSG to have his own group as majority so maybe there's something on that as well. 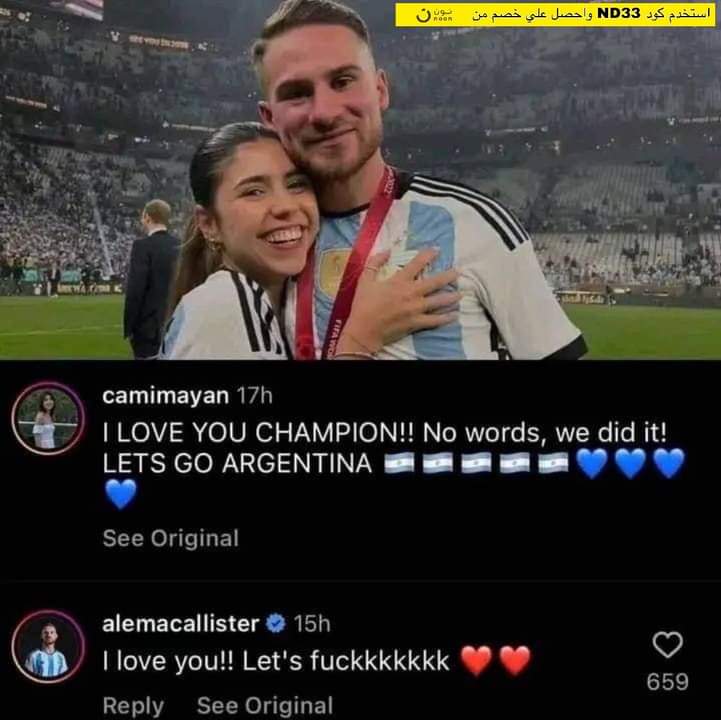 Haha I saw this but it's just a mistranslation of "vamos carajo" which is more like "let's fucking go".

making fun of Kylian Mbappé is rather limited intellectual level.. by insulting M'bappé he also insults all of France..

What? This has nothing to do with Mbappe. He made a similar gesture after the copa america last year. 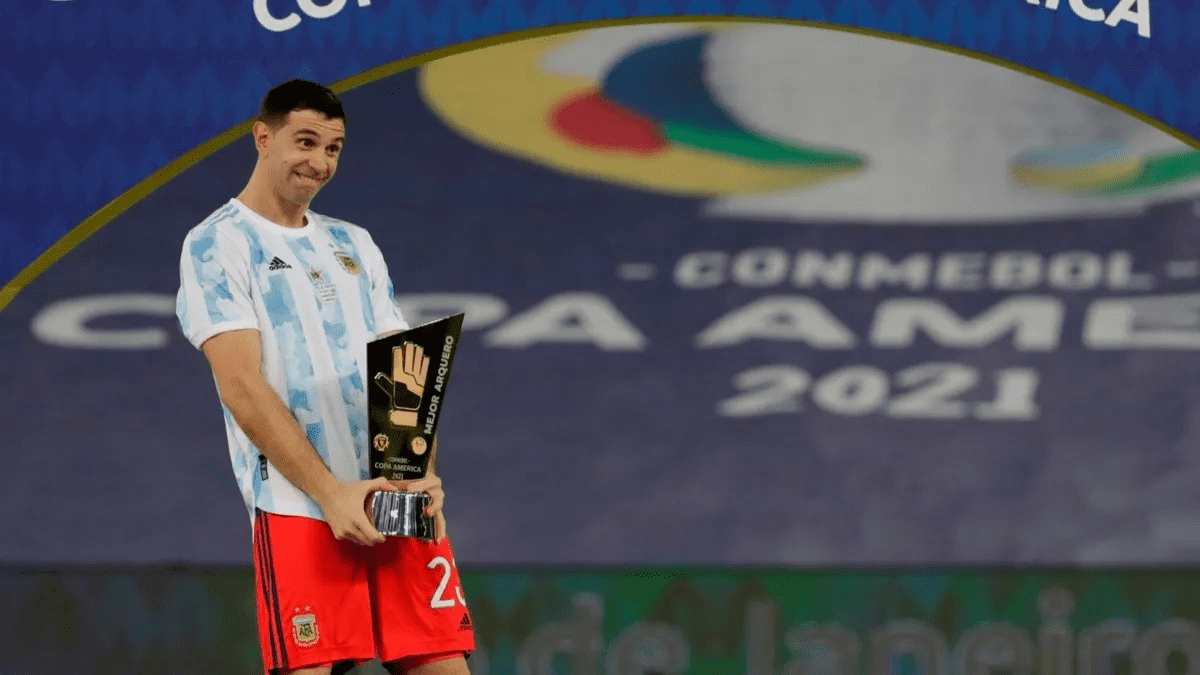 I can see @konig there near the building on the right

Konig doesn't live in Buenos Aires but I'm literally in the middle of this.

I will only say... that I hope you guys will never have to watch a team you support in a final like this one

Well he did disappear until about the last 5 mins.

Crucially in the period when France suddenly started playing...

You're a bit blind, don't know what else to tell you, those brilliant 80 minutes were all him. Every pass, every line broken.

Unfortunately it's 99% France win. Our players are dead tired and theirs look like they can run a marathon.

Penalties or a Messi moment my only hope.

What match have you been watching I wonder.... he's doing everything.

I believe they are ranked inside the top 10 in almost every summer olympic team sport, so yeah. Only W volleyball and hockey outside. No one else has that.

What's with those hand gestures almost every single Argentinian fan makes non-stop while singing or cheering? Like throwing something away with one hand, but most of the time they do so with a completely emotionless look on their face, like it's some sort of obligated move. I've been thinking "what on earth is that?!" since I received the question (three matches ago

) and now I really want to know.

It doesn't have much meaning... it's like you're accompanying the rhythm of the song, nothing else. But it has become an habit among the people here when they cheer for anything (sport teams, musical groups, politician rallies, anything that has a "fanbase").

Orsato officiating a match of Argentina... Yeah, we stood no chance.

Argentina did deserve to win based on chances alone, but by the same token, this match was largely decided by the most outrageous penalty kick and the careless goal that followed in our typical fashion. Livaković was *defending*, and the collision was caused by his leg which was planted in place like 2 meters ahead of any contact. Conveniently, but unsurprisingly inconsistent in the age of VAR, this was never questioned.

If there is relatively strong contact and the keeper misses the ball it's very unlikely the ref will be forgiving. You're just giving him the perfect excuse.

Just like Perisic handball in 2018. Nowadays they are giving those 100% of the time. Just seems to be the current criteria, favor the attacker.

No Plz , we don't want a boring final like today , we want to see football and very good competition , at least Argentina could say that we defeated the defending champions not some average teams all the way to the final

There is no way France won't win.

Slave trade wasn't as massive in the southernmost parts of America compared to caribbean/Brazil.

In Argentina afro descendants are just too mixed at this point (they weren't that many to begin with and a lot of time has passed since african migration was a common thing) so they are indistinguishable from the mestizo and european majorities.

Is it also part of the football culture to twist the words of coaches? Like with Van Gaal, who said nothing special or weird at all ("We trained a lot on penalties, so I'm confident if it gets to that" and "Messi isn't usually very present in defending, so yes, of course we have a plan, like we do for every opponent"), and this nothing special or weird or provocative or aggressive was apparently somehow turned into 'a big provocation'?

Yeah I thought it was very exaggerated but players often will look for anything to motivate themselves.

Also, maybe the usual dutch bluntness is not well received or understood in some places. Here you simply don't point out weaknesses of opponent players/teams before a game. Even if it's something mild and evident like "Messi doesn't press". You are expected to always "stay humble" and only praise them or not say anything.

France and Morocco is actually an european derby. Very few people with a birth certificate signed in african soil will enter that pitch.

We get a retry against Croatia and France. This time with a keeper and something resembling a defense lol

But you were at least one country not that long ago.

We might be in the same corner as Belgium, Luxembourg, Germany and such, but I have no idea why I'd cheer for them other than because I like a certain player or team (but as usual, the flag behind the name isn't relevant for that)

Anyway, in the end people should of course just cheer for whoever they want, free world and all

Racial/socioeconomic/colonial oppression often strengthens bonds between countries that have those experiences in common. Especially if it has happened in relatively recent times.

With some exceptions it's common to see arabs support each other, likewise latin americans.

This is definitely one of the most beautiful Free Kicks I've ever seen in WC , but none will talk about it as NED lostc

Very similar in concept to our 2nd goal vs England in 1998. Well done.

The insults I shouted today to Pezzella and Tagliafico. I don't think I have ever lashed at someone like this

Thankfully only one friend was witness to my shameful behavior.

PS. The ref is a piece of shit.

Let's see if Croatia can resist these 30 minutes. Clearly they have given up on scoring and are too tired.

But how are you going to compare the performances in different groups? Netherlands getting 7 points against Ecuador, Senegal and Qatar would mean the Netherlands is ranked better - basically due to an extremely lucky draw - than say Japan getting 6 points but against Germany and Spain, even though for all intents and purposes Japan's performance is significantly better?

-with 48 teams and 12 groups the quality teams would be much more evenly distributed in different groups.

-Japan should have improved their world ranking during the previous 4 years in order to get an easier draw.

-we should avoid seeding weak teams like Qatar in the highest pots. Everyone, even host teams, should be seeded according to their world ranking.

Personally I would do it this way:

-after the group phase all 32 teams that advance are ranked by their performance in group stage (like in the recent men's volleyball WCh) this creates an incentive for every team to do their best every match.

-but you don't make the KO brackets just from that: you separate the teams into 4 pots and conduct another draw before the knockout stage. This is important in order to make sure you won't see teams trying to "pick" opponents by getting a specific result in their last group game.

You also make sure all pot 1 teams are drawn into different Quarterfinal brackets (which is basically what we're doing in the current world cup format with the top 8 seeded teams before the tournament).

Convoluted? Yes. But this is the fairest thing they can do I think.

I noticed many times during the anthems ARG players starting to sing the anthem after a sort of short intro is played, but did not know there so many versions/possibilities to chose from

Yeah intro has no lyrics.

Sometimes they jump straight to the end from the intro and athletes make a face like saying "oh shit I have to sing" because they thought it was only the intro.